Recently, altcoins have been showing strength as Bitcoin (BTC) has just broken a key resistance level. Notably, ChainLink (LINK) and Tezos (XTZ) have been moving up more than 150% in the past month.

However, in the recent week, Stellar Lumens (XLM) have been surging upwards, while XRP price is also starting to look stronger on the charts. Can we expect substantial altcoin movements in the coming weeks? Let’s take a look at the charts. 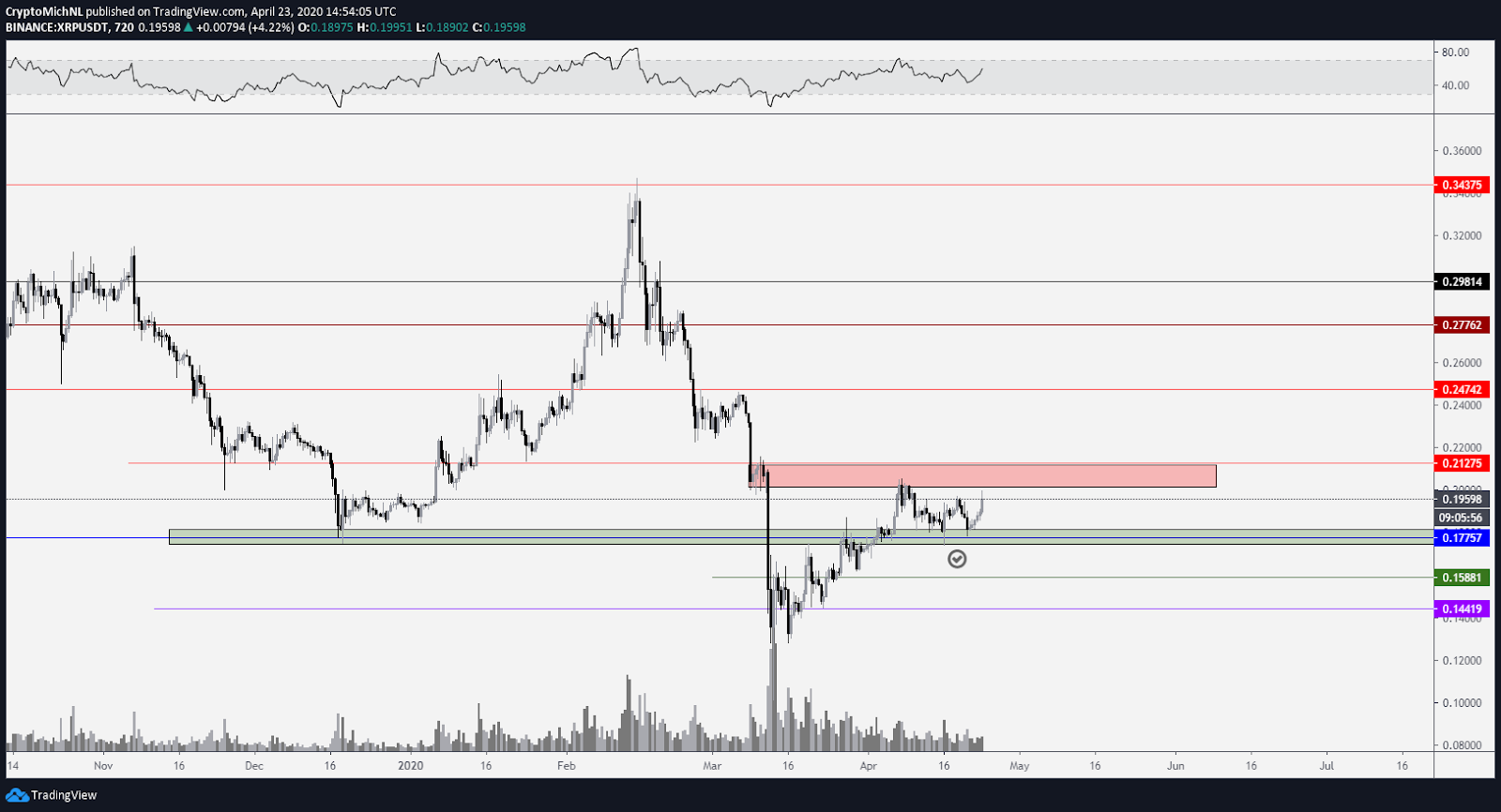 The 12-hour chart is showing a promising support/resistance flip of the $0.1775 area. The crash on Black Thursday was also devastating for holders of XRP as the price dropped below the $0.12 level for a few hours.

However, since then, the price of XRP has been rallying upwards through substantial support/resistance flips. The recent movements are showing that the crucial area of $0.1775 is holding as support and setting up for more upside for XRP.

The 2-day chart is showing a significant support level of around $0.145, which had to hold to sustain the positive momentum. However, the chart is also showing that the trend is still substantially downwards based given the lower lows and lower highs.

Remarkably, in the past cycle of 2015-2017, a similar move occurred where XRP price made a full retrace to the support levels before a massive surge. This support area held, after which accumulation started, resulting in a massive breakout to $3 in January 2018.

The current price action is also starting to look similar, though it took longer to retrace. But that’s normal as markets mature and, therefore, need more time to bottom out and start a new cycle.

A test of the $0.33 area would confirm an accumulation and sideways range as the signs are indeed starting to improve.

The daily chart of XRP lost an essential level earlier at 0.00002500-0.00002525 satoshis. Within a few days, the price of XRP reclaimed the level and is currently testing it as support.

Confirming this level as support (heavily depending on any substantial volatile movements of Bitcoin (BTC) suggests that further upwards momentum can be expected for XRP price. At the same time, the price of XRP needs to make a higher high to sustain momentum.

The main bullish signal would be a clear breakout of this range above 0.00003800 satoshis, but that is still far away from the current price of XRP.

XLM leading XRP in recent movements with a 28% surge

However, recently, XLM has been showing strength as the price of XLM surged 28% in the past four days. Not only that, but the price of XLM is also attempting to break the range resistance, which is a crucial signal for bull/bear momentum similar to XRP.

But if the price of XLM can’t break through the resistance in one go, the retests will be crucial to see whether buyers are stepping in.

The chart is providing clear levels to watch if the price of XLM can’t break through the resistance area upon the first attempt, which seems likely.

If either of these levels provides support, then buyers will likely step in. Such a move should warrant further upwards momentum.

Meanwhile, the USDT chart for Stellar Lumens is showing a clear breakout of the resistance level at $0.054. This breakout led to a significant surge in price as the price of XLM rallied towards $0.065.

This move grants a 155% surge since the low of March 12, also known as Black Thursday. However, is the rally over for now? No, because after such a breakout and surge, the dips will likely be bought up given the current uptrend.

An apparent retest of the previous resistance level at $0.054 would provide the most likely entry for traders to step in. Resistance levels are found significantly higher, with the first level lying at $0.074 and the second one at $0.08.

However, if this push fails to hold the $0.054 level for support, further tests to the downside are likely to occur. The primary level to watch for will then be the $0.04-0.043 zone.