XRP gains from the month of February were erased over the past two weeks as the altcoin returned to its late January price at $0.23 today. The majority of the losses appear to be caused by the massive correction in traditional markets, which caused a sharp downturn for Bitcoin and many altcoins.

As reported by Cointelegraph, analysts now view the correction as a major setback, raising doubts about the future of the long-awaited bull market.

XRP is one of the most frequently mentioned cryptocurrencies on social media platforms, especially, Twitter. As discussed in the previous analysis, there is a relationship between the number of daily tweets mentioning Bitcoin’s (BTC) and it’s trading volume. This leaves the door open to discuss if the high number of XRP mentions on social media also influenced its volume or returns.

Relationship between tweets and XRP price since 2018?

Recently, the average number of tweets observed during February has increased to 6,429 daily tweets, a much higher average than the ones seen in earlier periods. 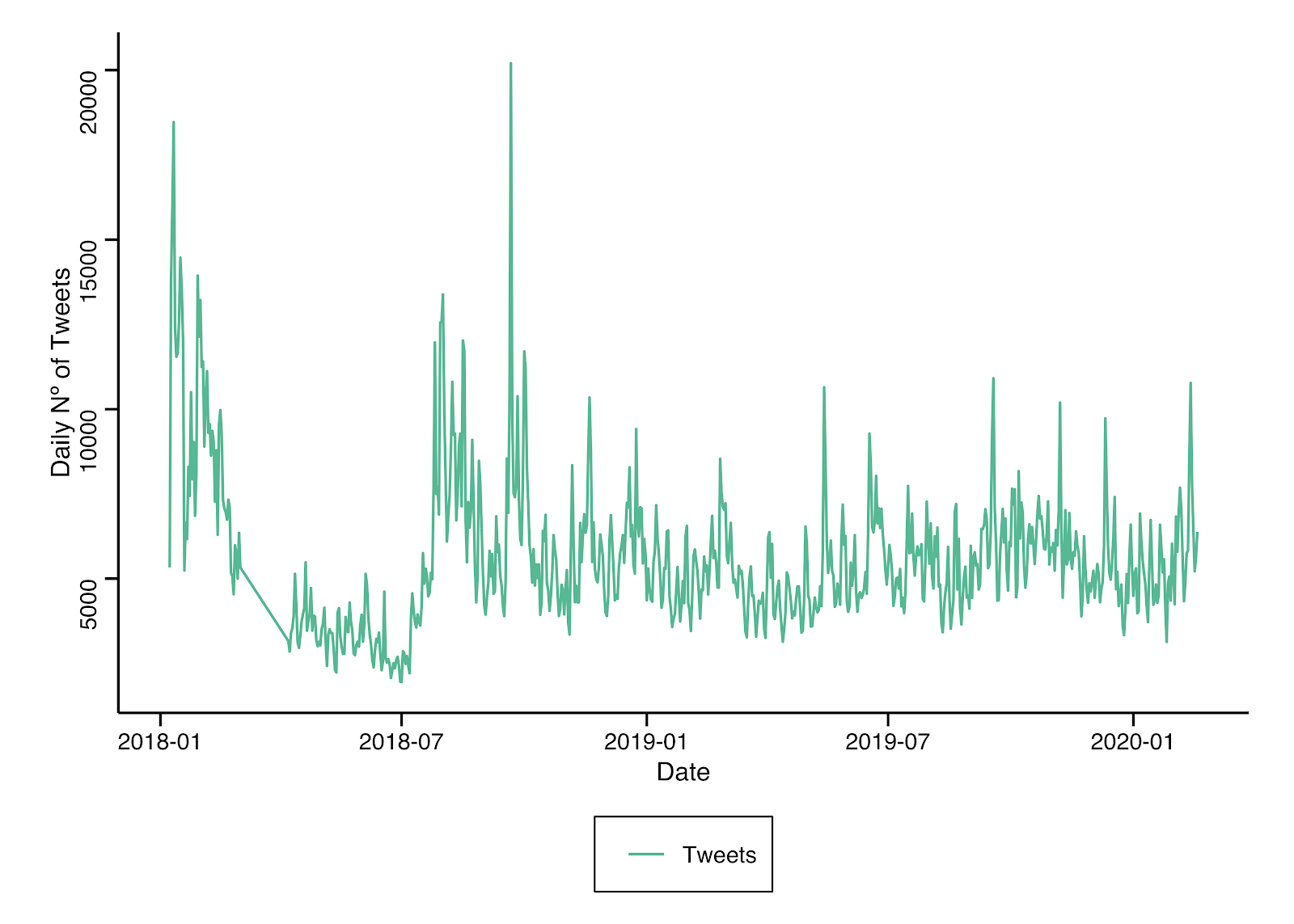 The number of daily tweets from January 2018 until February 2020.

However, this relationship has been much lower in previous years: In 2018, the correlation between the number of tweets and XRP price was set at 35%, while in 2019, it shows almost no correlation – 7%.

A small positive influence on returns 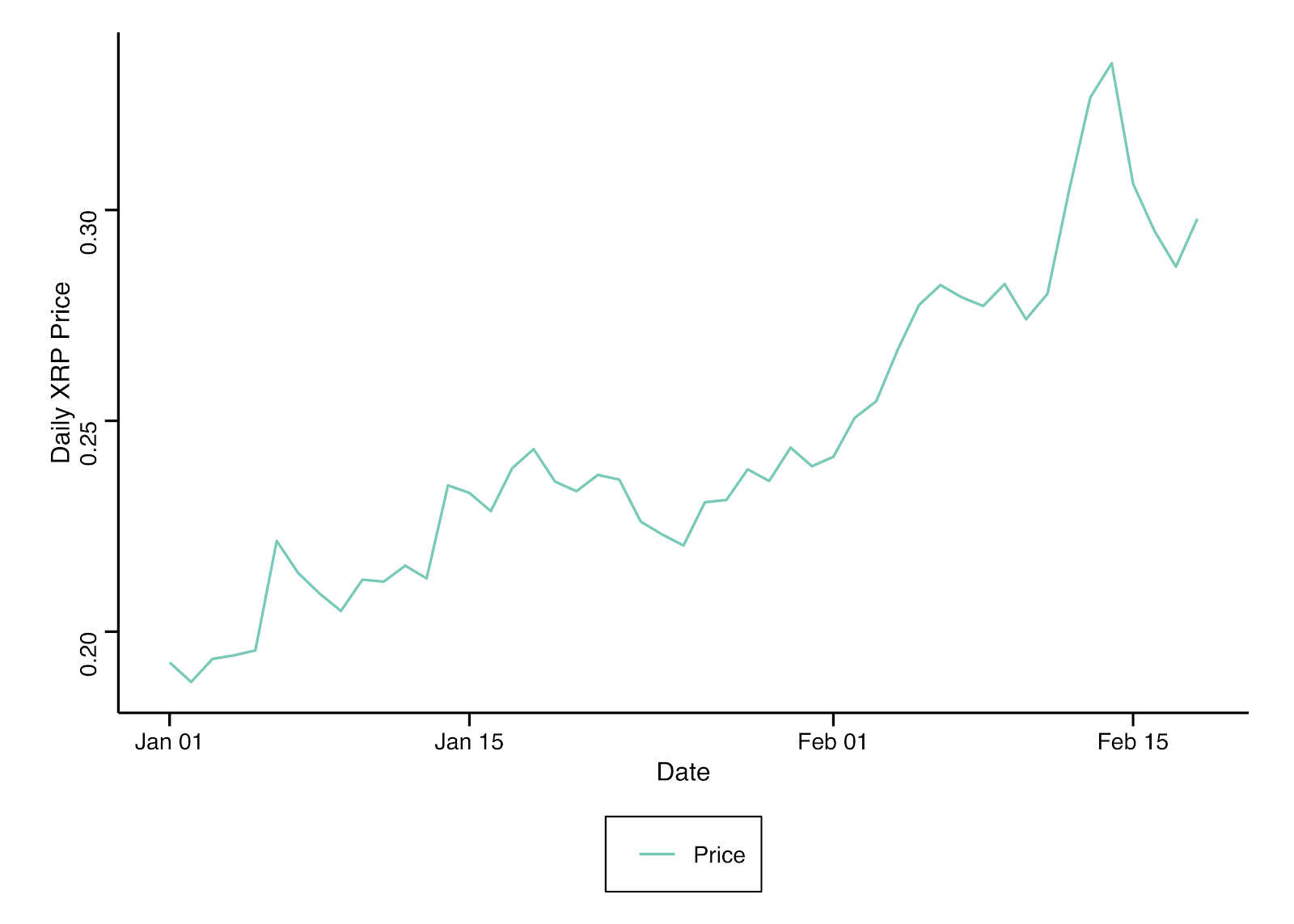 This stronger relationship between XRP mentions in tweets and trading volume was also reflected in the higher correlations seen in 2020 when compared to other years. However, when looking at the influence of today’s number of tweets and XRP returns tomorrow, we do not find a significant relationship, meaning, tweets can’t predict future returns. 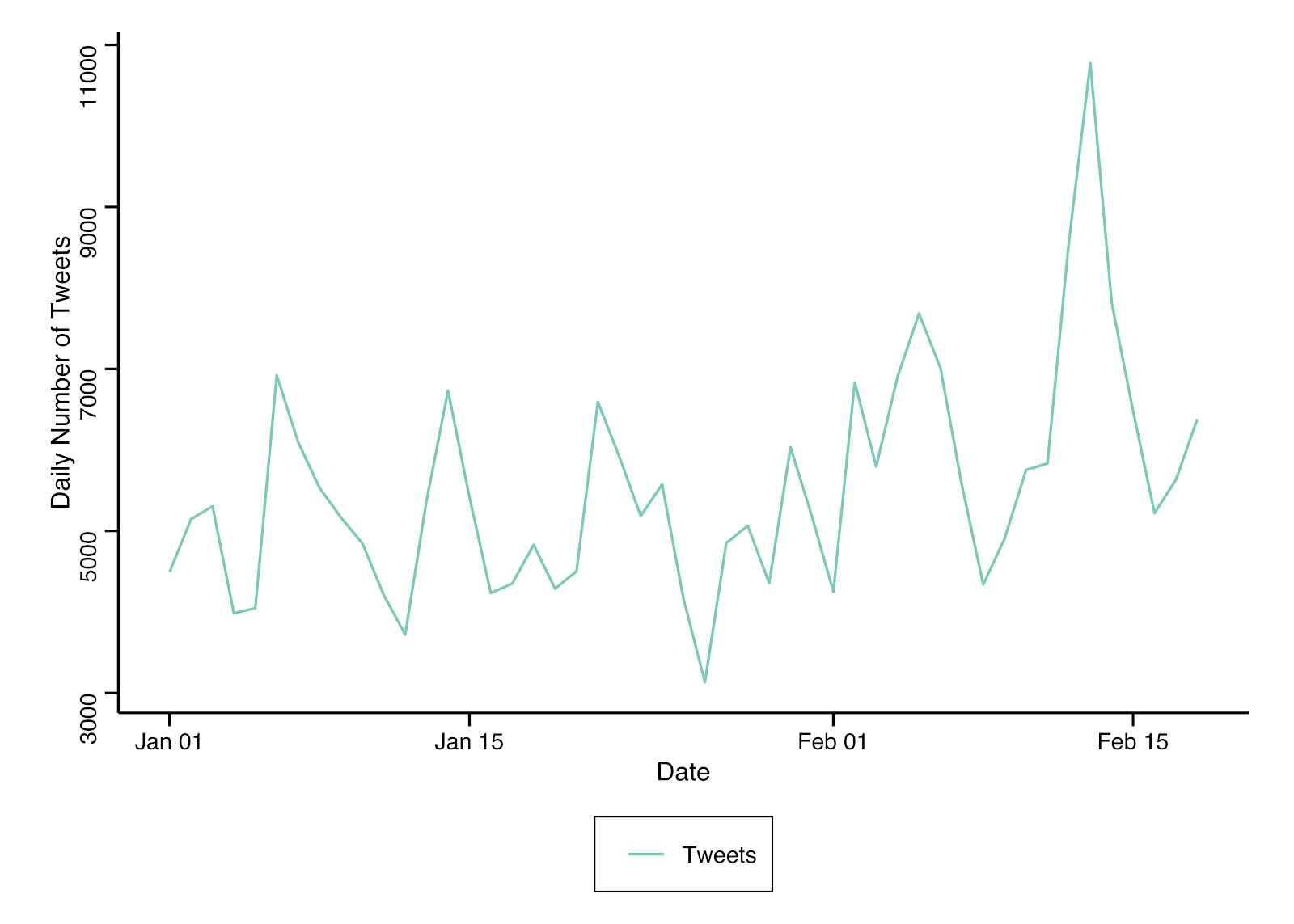 A stronger relationship between tweets and volume

When it comes to the relationship between the number of tweets and XRP daily volume, a much higher influence is detected. Any of the years analyzed (2018, 2019, 2020) shows a significant relationship between these variables. The strongest influence happens, once more, at the start of 2020 — when the number of daily tweets would increase by 1%, XRP’s volume would increase by 1.215% the same day. This relationship is slightly lower in 2019 (0.916%) and in 2018 (0.926%).

What’s more, the relationship between the number of daily tweets today and XRP’s volume tomorrow is also significant across the years, even though it’s slightly lower than the values observed for the same day effect.

XRP and Bitcoin have been compared regarding other features like the correlation of both currencies to gold. The start of 2020 has seen a shift in the ”digital gold” narrative with XRP price having a stronger correlation to gold than Bitcoin.

As published by Cointelegraph, the daily number of tweets mentioning Bitcoin influenced its daily volume whether on the same day or the next day. However, when establishing the same parallel, in the case of XRP, a stronger relationship is found regarding returns in 2019 and 2020, while having comparable significant results for the influence of tweets in XRP volume.

Looking forward, investors should be aware of the consistency of these relationships as the year moves forward and pay attention to social metrics in the case of XRP.

Data for the number of tweets drawn from bitinfocharts.com. The views and opinions expressed here are solely those of the author and do not necessarily reflect the views of Cointelegraph. Every investment and trading move involves risk. You should conduct your own research when making a decision.