“Looks like you're still buying 5,000 to 6,000 followers per day. My favorite stat is how you went from losing net-negative followers per month to gaining 5k followers daily like clock work in late 2018.”

Sharpening his attack, he then added: “You're such a meme. I feel sorry for Tron investors.”

To corroborate his claim, Rager posted screenshots from Twitter statistics aggregator SocialBlade, which appear to show that Sun’s profile has recently welcomed an average of 5,000 new followers per day: 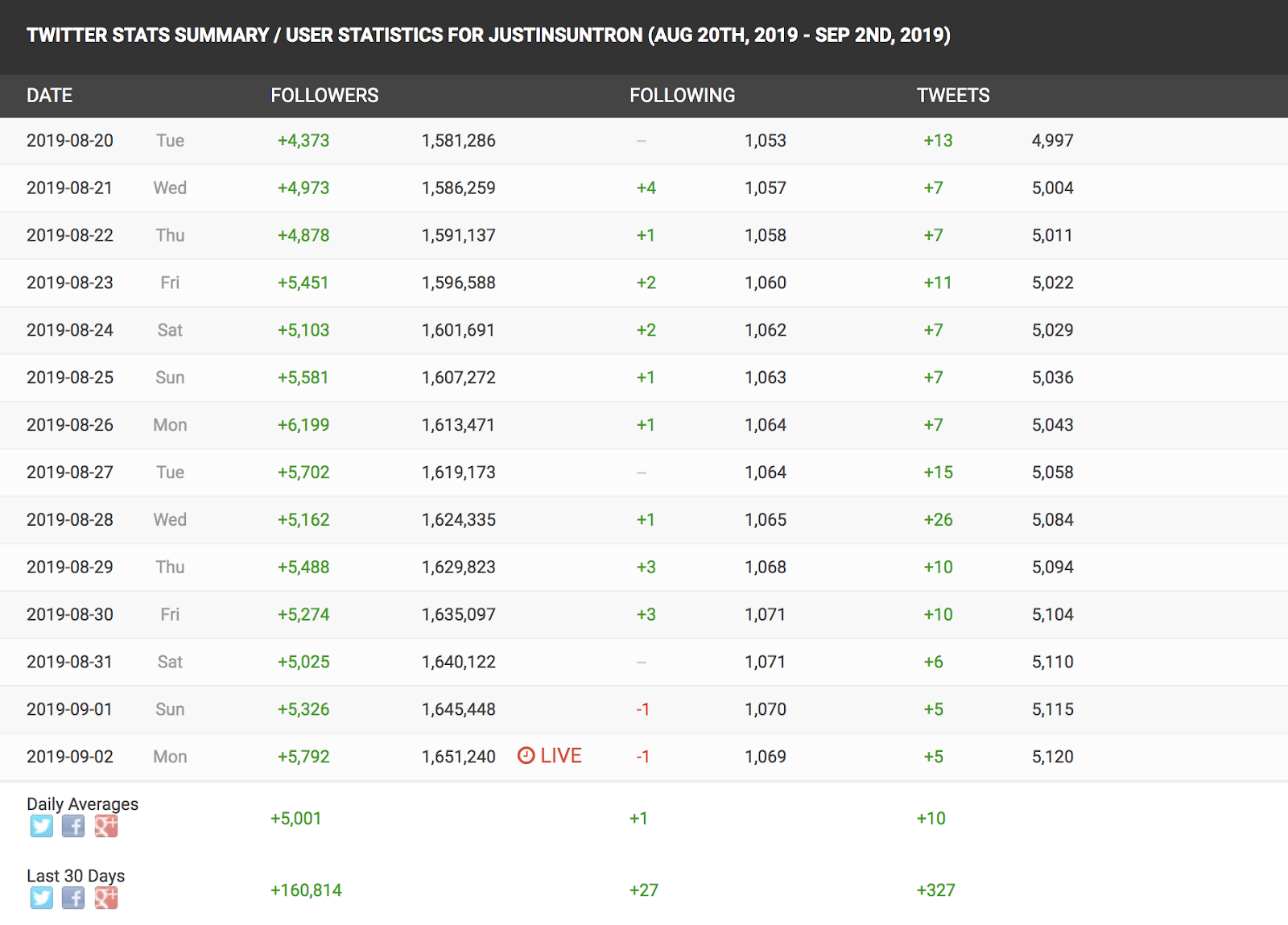 The second attached screenshot illustrates the downturn in Sun’s new followers between February and December 2018 — before the CEO allegedly began buying new fans: 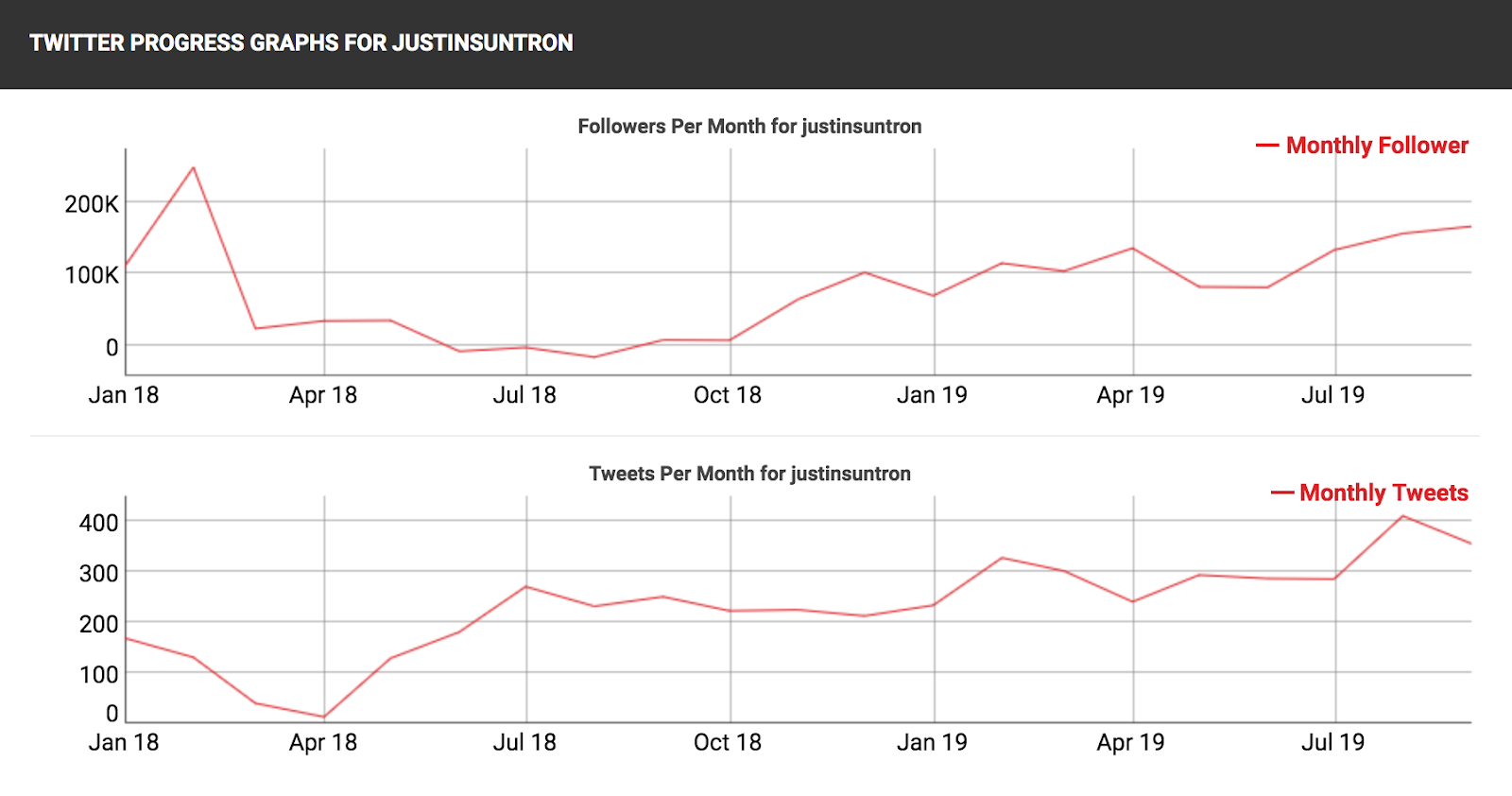 By publishing time, Sun — whose profile currently has 1.7 million followers — has not responded to Rager’s accusations.

Crypto Twitter responded with various degrees of criticism and support for the CEO, with one pointedly noting: “Look at CZ, he has one of the largest trading platforms and has under half a million followers.”

Another proposed more generously that he would maintain a separation between the figurehead and Tron’s technology itself, arguing:

“He is a meme yes. But that doesn't mean the product is crap. So far it works quite good. I would rather use a DApp running on Tron than on Ethereum. But I have the feeling that his position scares some dev/investors away.”

In June, Sun won a charity auction on eBay to have lunch with Buffett, the billionaire CEO of Berkshire Hathaway and a notorious crypto skeptic. Sun’s winning bid was apparently $4,567,888 — the highest bid in the event’s 20-year history.

Having invited the likes of Circle CEO Jeremy Allaire and Litecoin creator Charlie Lee to attend the much-anticipated power lunch, the Tron Foundation suddenly announced in July that it had decided to postpone the event to an unspecified date.