Disclaimer: The headline of this article previously read that Tezos underwent a hard fork and was subsequently corrected.

After three months, a governance vote of public smart contract-enabled blockchain tezos (XTZ) started on Feb. 28 has been concluded — as scheduled — three months later, on May 28.

Cryptocurrency news outlet Coindesk reported yesterday that the voting process has approved the upgrade — dubbed Athens A — and that the implementation is imminent. Tezos is a so-dubbed “self-amending” proof-of-stake blockchain, which means that it has an integrated upgrade system managed by the votes of coin stakers.

The Athens A upgrade is reportedly the first one which passed the “self-amending” process, and it will decrease the baking (mining equivalent) requirement to 8,000 XTZ and increase the gas limit, making smart contract deployment easier. The update is expected to be activated today on block 458,752.

As Cointelegraph reported in August last year, the Tezos Foundation has announced it will be issuing financial grants to research institutions for blockchain tech and smart contracts development. 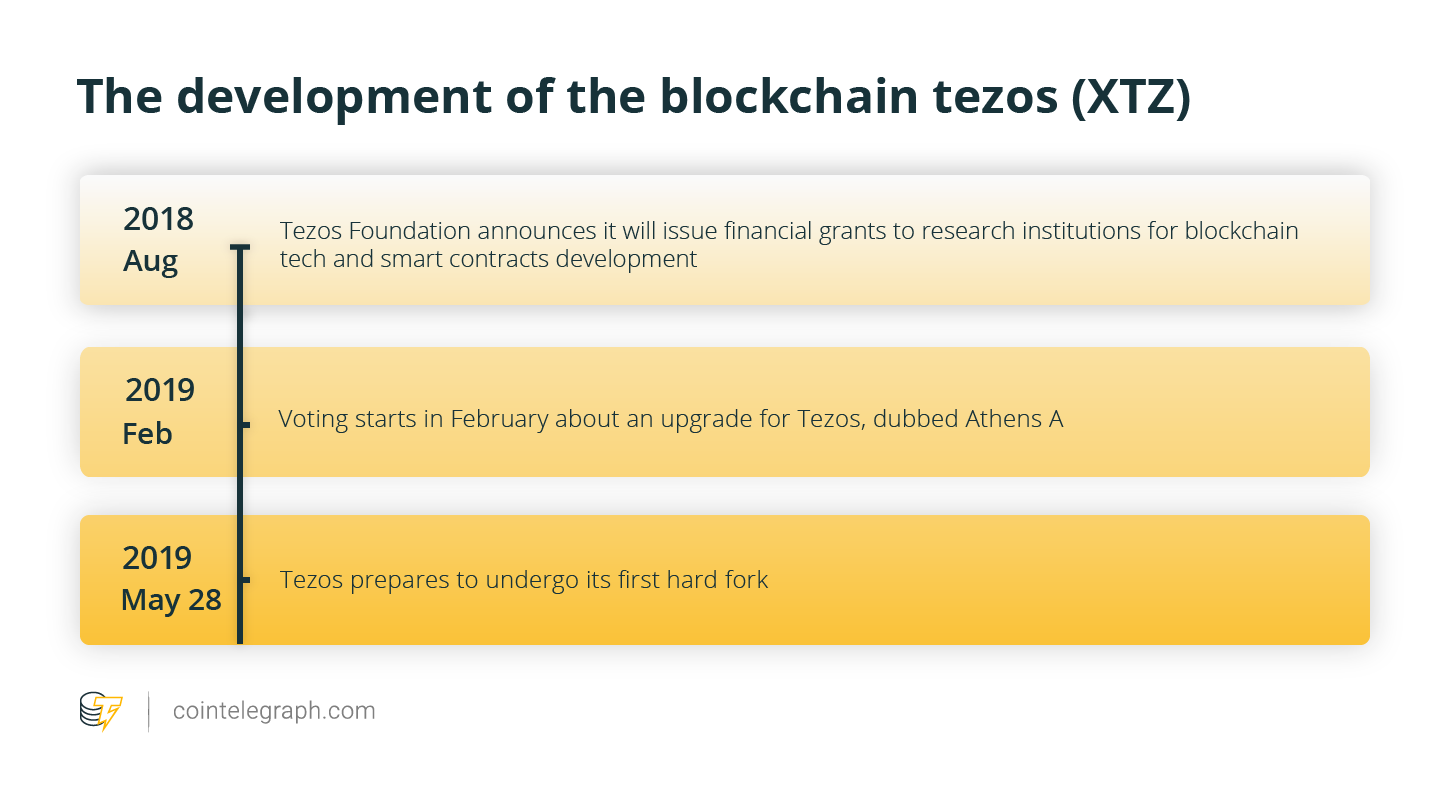 This March, major crypto exchange and wallet Coinbase said that they would begin staking for tezos, with support for decentralized autonomous organization (DAO) MakerDAO’s governance token Maker (MKR) and other tokens to be added later this year.

Recently, the Maker Foundation Interim Risk Team placed an Executive Vote into the voting system after the maker (MKR) token holder vote did not reach the quorum this month in order to allow for the DAI stability fee to be increased.