Chinese entrepreneurs registered 714 blockchain firms in China this month, resulting in a total of 26,089 such companies operating in the country.

According to cryptocurrency data firm LongHash on Jan. 26, the total number of blockchain firms registered in China is 79,556, while 57,257 Chinese blockchain firms also lost their legal status or had their licenses revoked.

From 2009–17, the annual number of founded blockchain firms remained relatively static, before a notable jump upward in 2018.

While it remains to be seen whether funding remains stable for the remaining 11 months of 2020, if the average monthly rate of founded blockchain firms remains the same as in January, China would see 8,565 new blockchain-related companies this year. 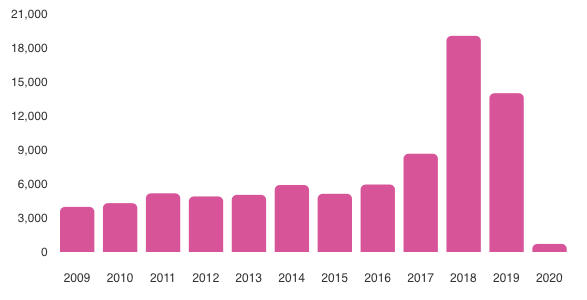 As per the map below, the lion’s share, 28.5%, of blockchain firms in China are in the province of Guangdong, which is home to the major city of Shenzhen and shares a border with Hong Kong. Both of these cities are known for their tech hubs and initiatives to apply blockchain in civil administration and other aspects of municipal development. 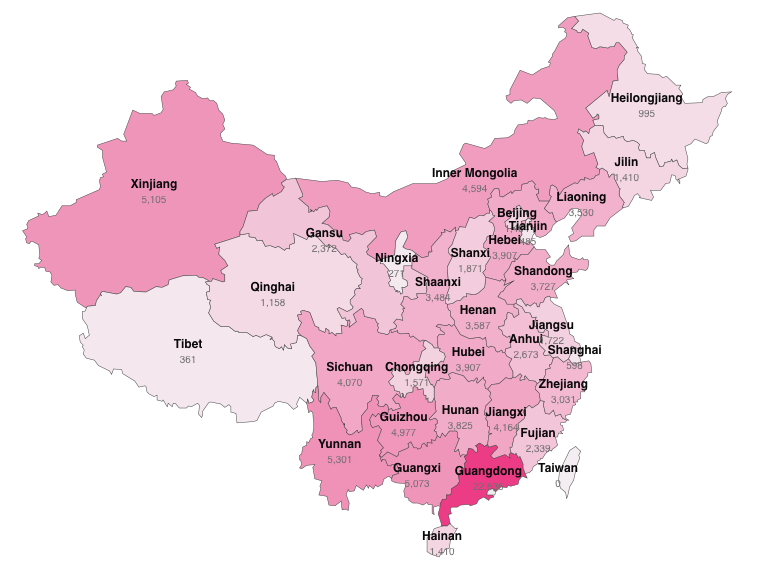 As Cointelegraph reported in October 2019, Chinese President Xi Jinping called for the country to accelerate its adoption of blockchain technology:

“We must take blockchain as an important breakthrough for independent innovation of core technologies, clarify the main directions, increase investment, focus on a number of key technologies, and accelerate the development of blockchain and industrial innovation.”

After the announcement, reports suggested that blockchain technology was rapidly maturing in China as it is increasingly implemented in government projects. The consequences of Jinping’s talk are far-reaching, as some noticed that reports criticizing blockchain technology are now banned from local media.