Wednesday, July 31 — crypto markets are seeing widespread green, with Bitcoin (BTC) breaking back above $9,700 and many large market cap altcoins seeing solid gains of between 3 and 9% on the day.

Despite trading in a lower price range since dropping back to a four-figure price point in a recent corrections, BTC is today up a solid 2.4%, bringing it to $9,717 by press time.

This mild uptick nonetheless stops short of bringing the coin back into the green on its 7-day chart, where Bitcoin is still reporting a fractional 0.7% loss. On the month, losses are starker, topping 8%.

Yesterday, Peter Tchir — a former Executive Director at German multinational investment bank Deutsche Bank — argued that Bitcoin is an indicator of hidden geopolitical tensions, pointing to the coin’s momentous performance this May at a time of fraught trade talks between the United States and China. 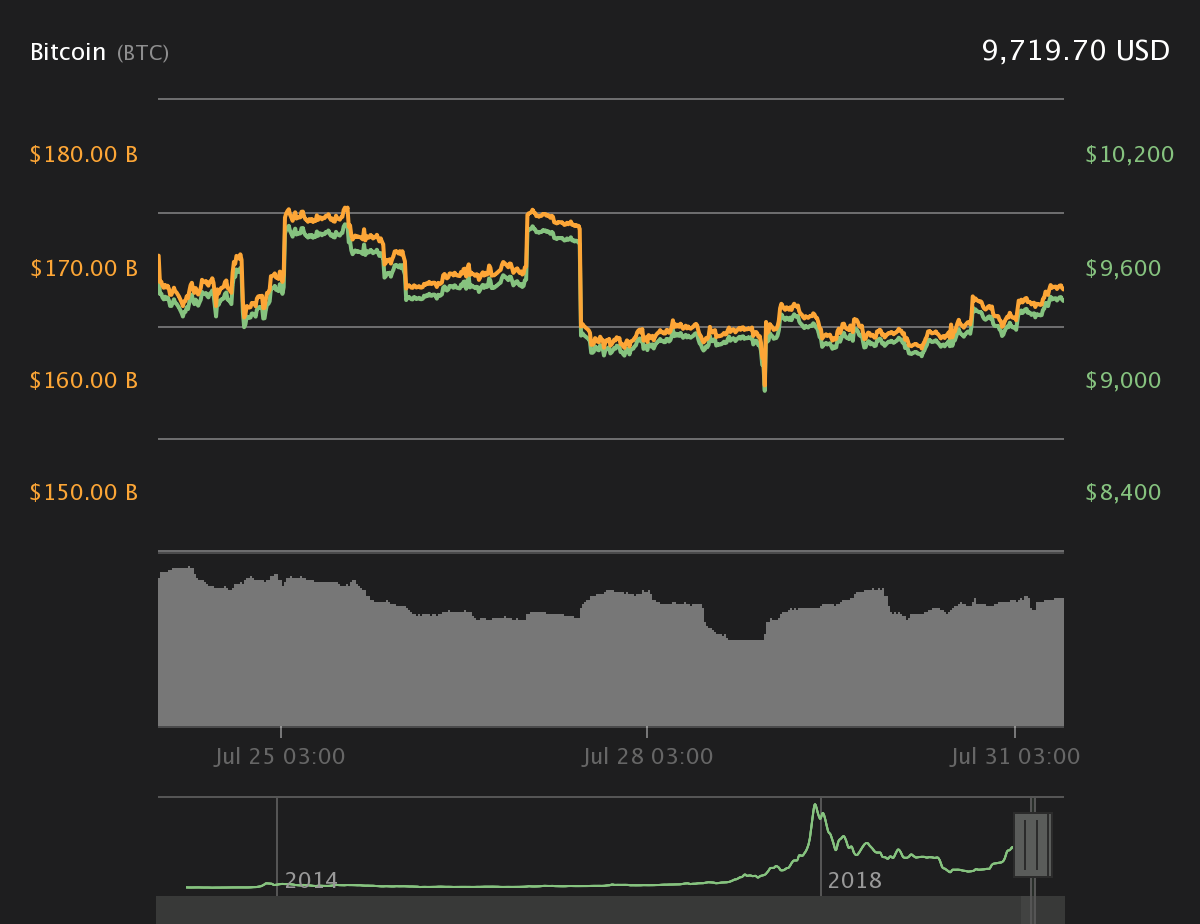 Top altcoin Ether (ETH) — which celebrated its fourth birthday yesterday — has posted a 1.9% gain to trade around $212 by press time. In corrections earlier this week, the coin had circled perilously close to the round $200 mark, but has since recovered ground and is just slightly in the red, at 2.2%, on its 7-day chart. On the month, however, Ether is down over 18%. 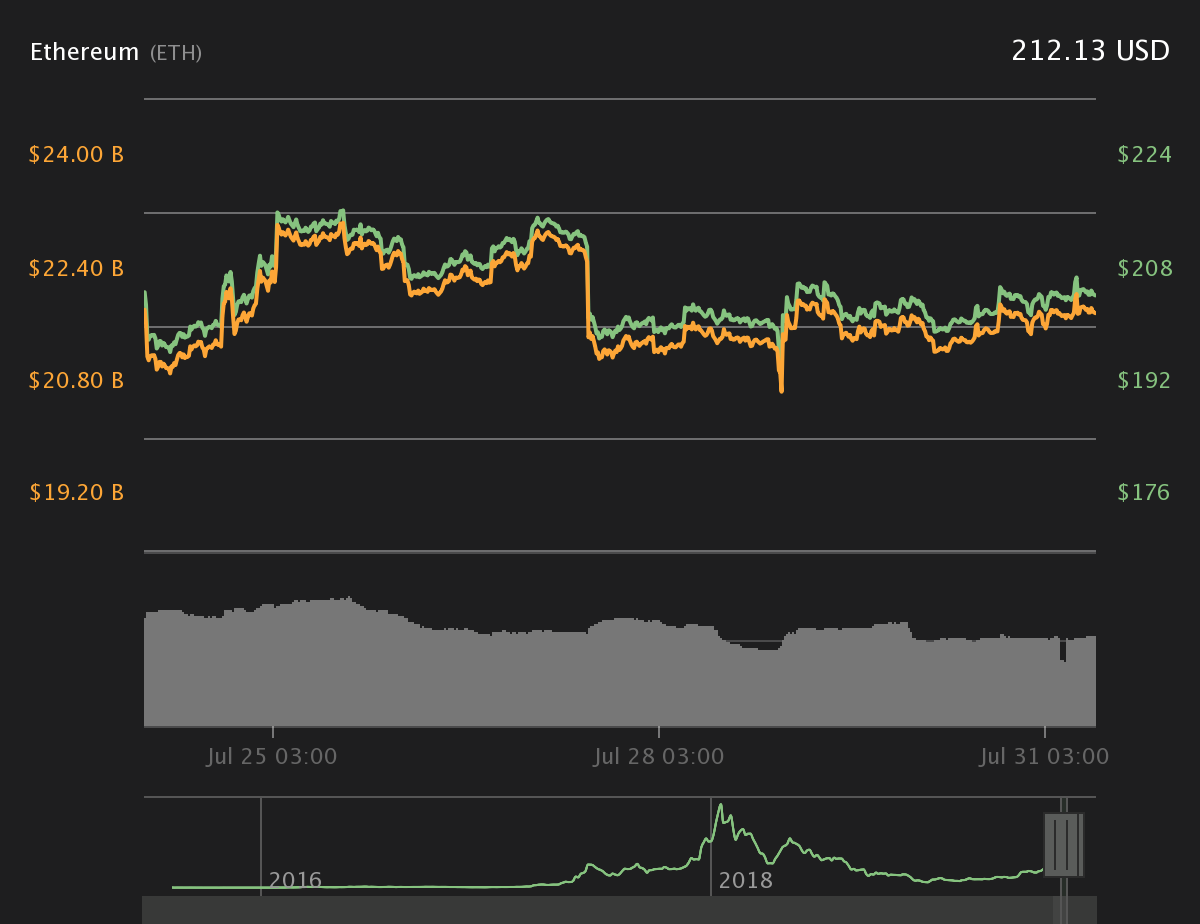 XRP is reporting a 2.7% gain on the day, while among the remaining top ten coins several alts are seeing stronger upward momentum: Bitcoin Cash (BCH) is posting a 7.5% gain on the day, Litecoin (LTC) is up 3.6% and Binance Coin (BNB) is up 4.1%.

In the context of top twenty coins, Tezos (XTZ) is outstripping all other assets, seeing a 24% gain on the day following news of the token’s listing on major United States crypto exchange Coinbase. At press time, XTZ is trading at $1.24 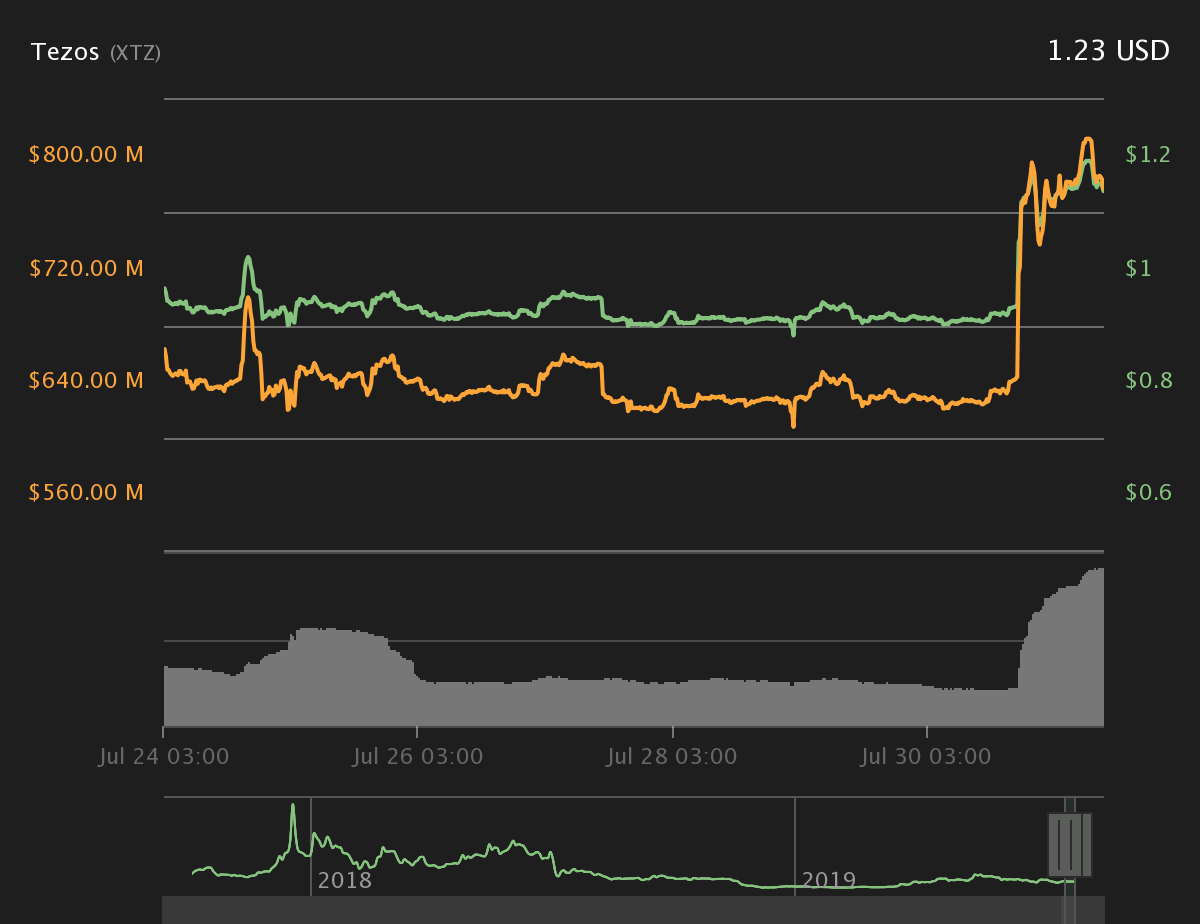 Dominating the crypto headlines this week is the hearing devoted to examining regulatory frameworks for cryptocurrencies and blockchain held at the United States Senate Banking Committee. Cointelegraph reported live on the most important developments during the hearing as it unfolded.