Thursday, April 11 — after a bullish week, all of the top twenty cryptocurrencies are reporting slight to moderate losses on the day by press time, as Bitcoin (BTC) corrects down close to the $5,100 mark.

Bitcoin is down close to 2.8% on the day, and is trading at around $5,106 by press time, according to CoinMarketCap. The top coin has seen a week of near-consistent growth, hitting an multi-month price high of over $5,420 yesterday, April 10.

Today’s correction has brought Bitcoin’s weekly gains to around 3.3%. 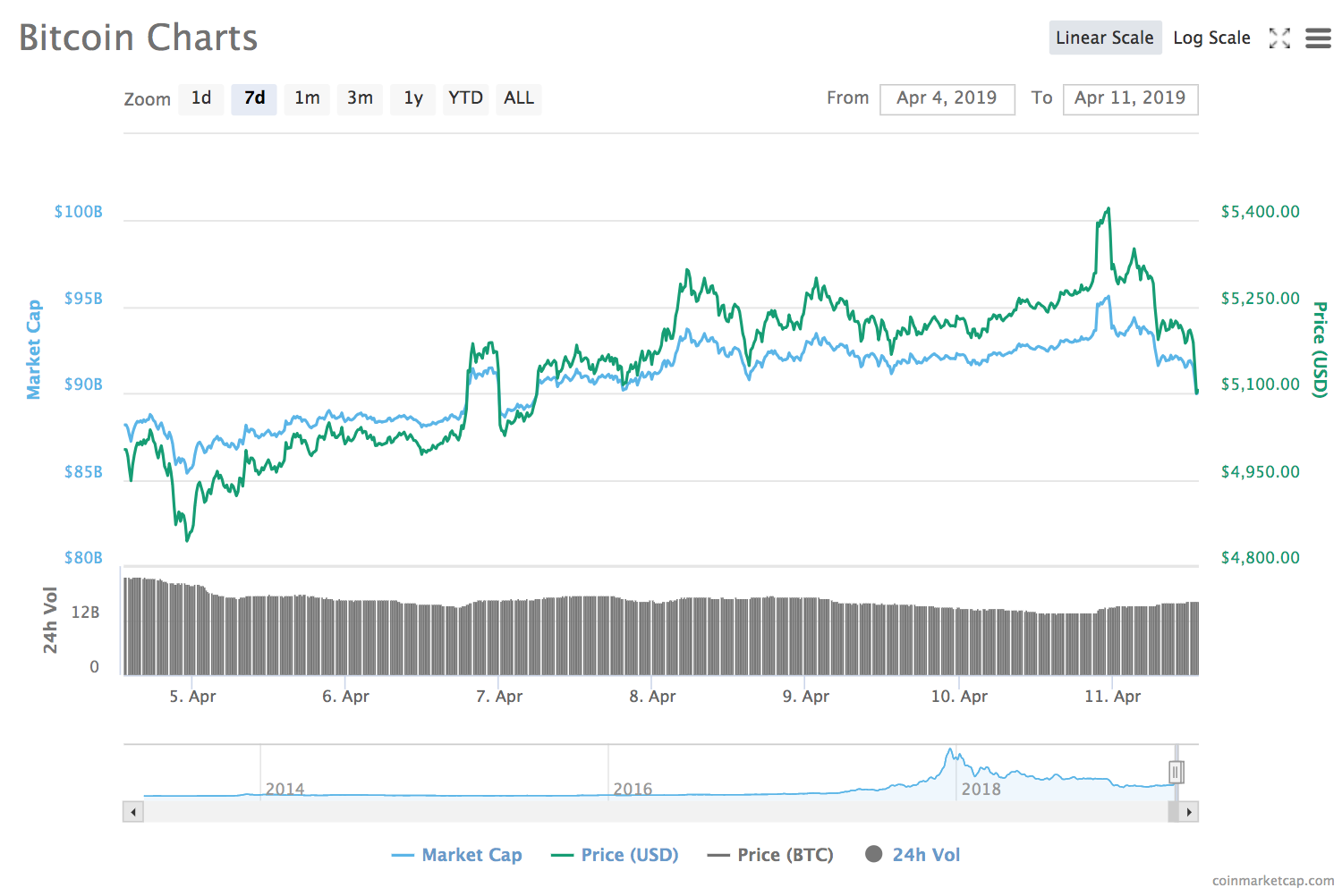 The largest altcoin by market cap, Ethereum (ETH), has taken a price hit, down 7.8% on the day to trade at $166.23. The alt has seen a jagged trading pattern over the week, first growing to hit an intra-week high of over $180 on April 8, before faltering downward to its current price point, notwithstanding a brief spike yesterday. On the week, Ethereum remains up by 3%. 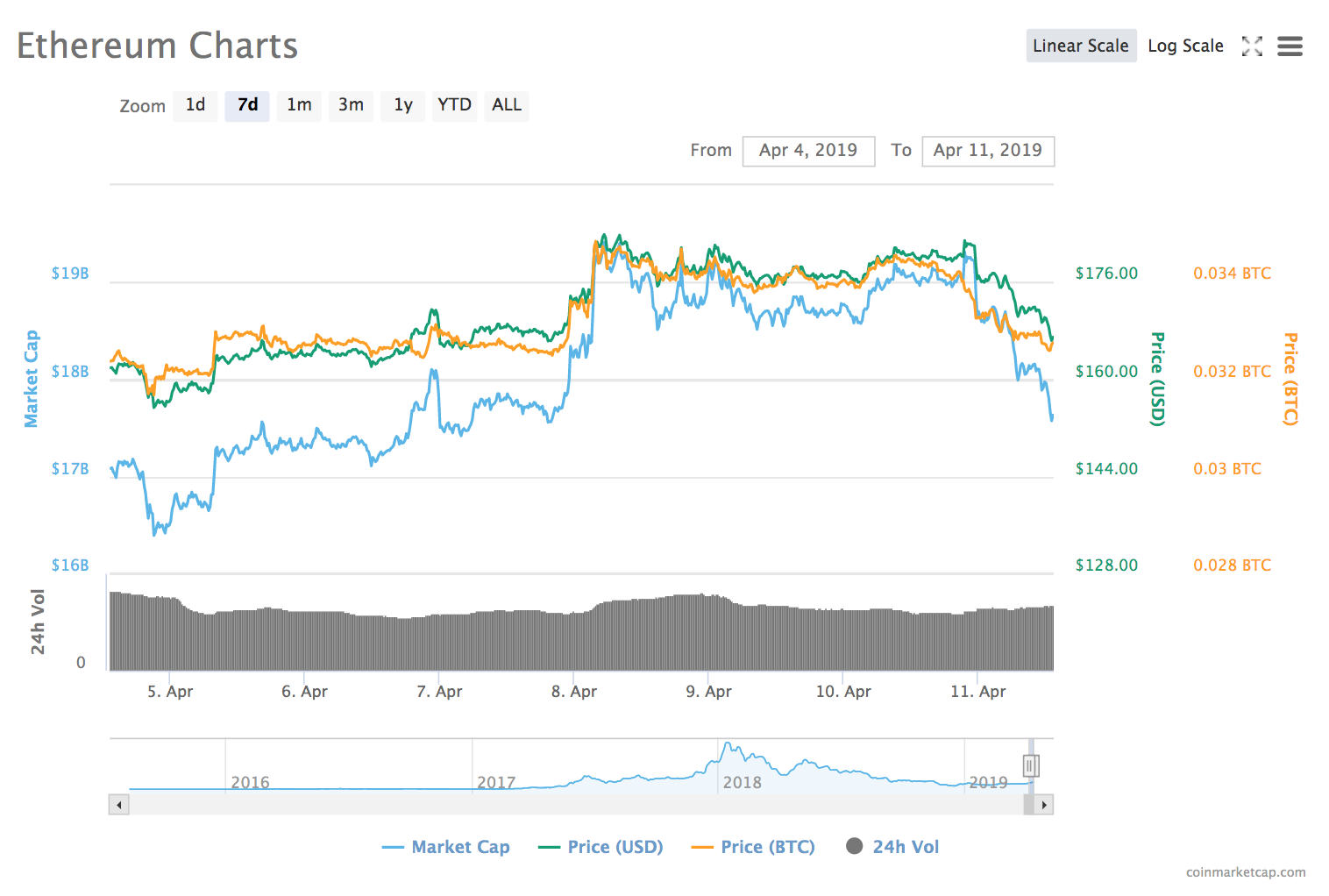 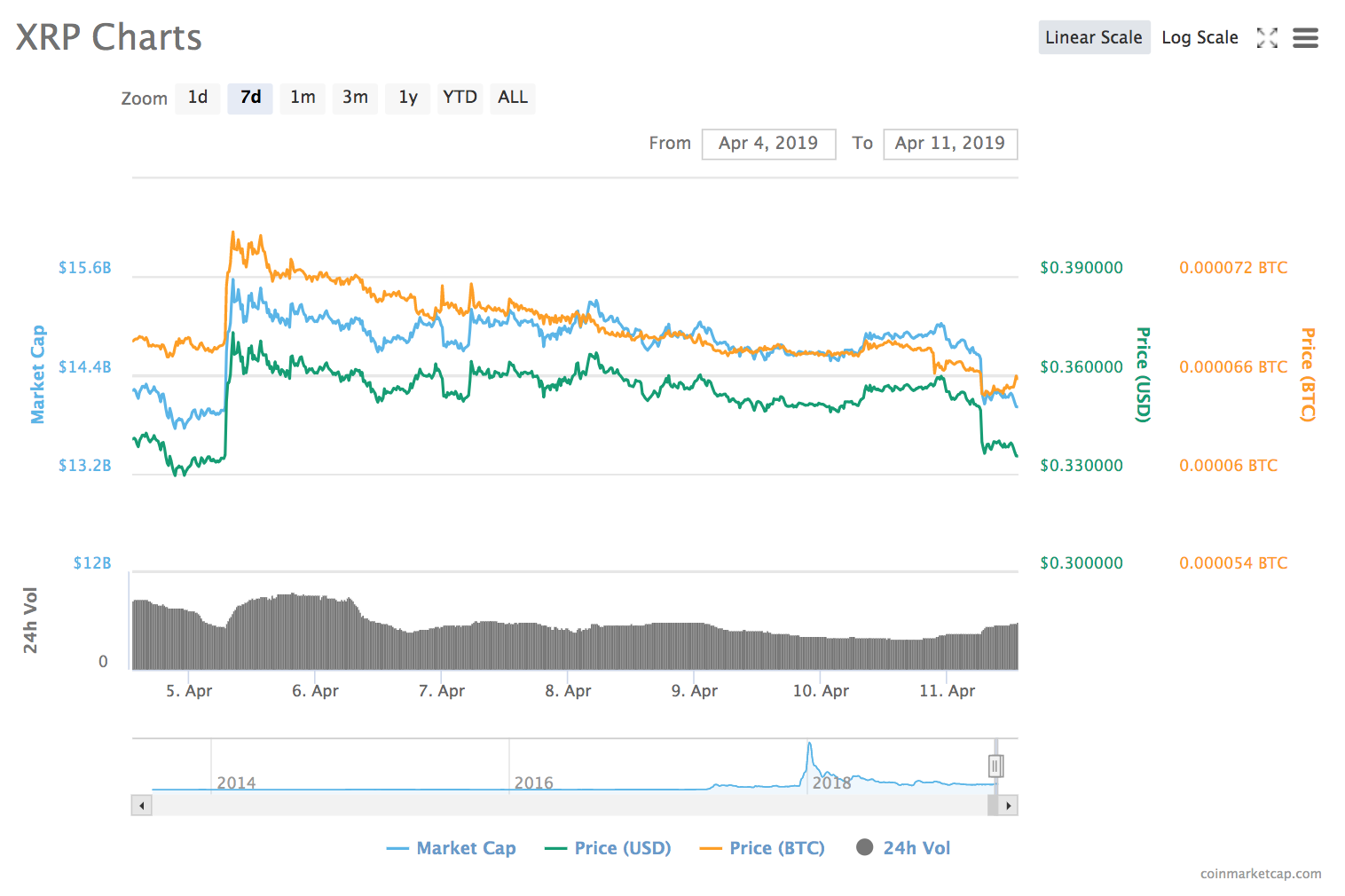 Among the uniformly red top 10 cryptocurrencies, Litecoin (LTC) is reporting the largest losses, down 9.8% on the day to trade at $79.40. It is closely followed by 5th largest crypto Bitcoin Cash (BCH), which has taken an 8.35% loss on the day to press time.

The total market capitalization of all cryptocurrencies is currently around to $173.2 billion, down 0.4% on the week.

In crypto and blockchain news, International Monetary Fund managing director Christine Lagarde said yesterday that blockchain innovators are shaking the traditional financial world, and having a clear impact on the moves of incumbent players.

Meanwhile, a United States Department of Energy project to use blockchain to bolster power plant security is entering its second phase, aiming to implement the technology to prevent remote attacks such as those that afflicted Ukraine’s grid in 2016.

In traditional markets, European markets are faltering after yesterday’s EU summit decision to grant the United Kingdom a “flextension” of up to six months for the Article 50 deadline for Brexit. The pan-European Stoxx 600 edged slightly lower soon after the markets opened, with sectors and major bourses pointing in opposite directions, CNBC reports.

Meanwhile, the International Energy Agency (IEA) published its monthly oil market report this morning, attributing a dramatic increase in prices to a turnaround in supply following the implementation of the new Vienna Agreement and greater effectiveness of sanctions against Iran and Venezuela.