United States cryptocurrency exchange Coinbase has announced that it is giving away 1 billion Stellar Lumens (XLM) (about $106 million) to users that are willing to study the Stellar protocol. The news was revealed in a Coinbase blog post published on Tuesday, March 26.

The move is part of Coinbase Earn, the exchange’s crypto-focused educational program. The company stated that this particular session of the program is its “biggest yet.” Each eligible U.S. user can gain up to $50 for using the program to study the Stellar protocol.

According to the Coinbase Earn website, the program developed in partnership with Stellar consists of five educational videos of up to three minutes each. After watching the videos and completing a set of corresponding quizzes, users reportedly will earn XLM tokens as a reward.

The company noted that it has already sent the first group of invitations to join the program to its U.S. customers. Users outside the U.S. are invited to sign up for a waitlist.

XLM is currently ranked 8th by market capitalization among the top-100 cryptocurrencies on CoinMarketCap. The coin’s market cap and price have seen a noticeable uprise following Coinbase’s announcement, with 24-hour gains of almost 7 percent. As of press time, XLM is trading at $0.106. 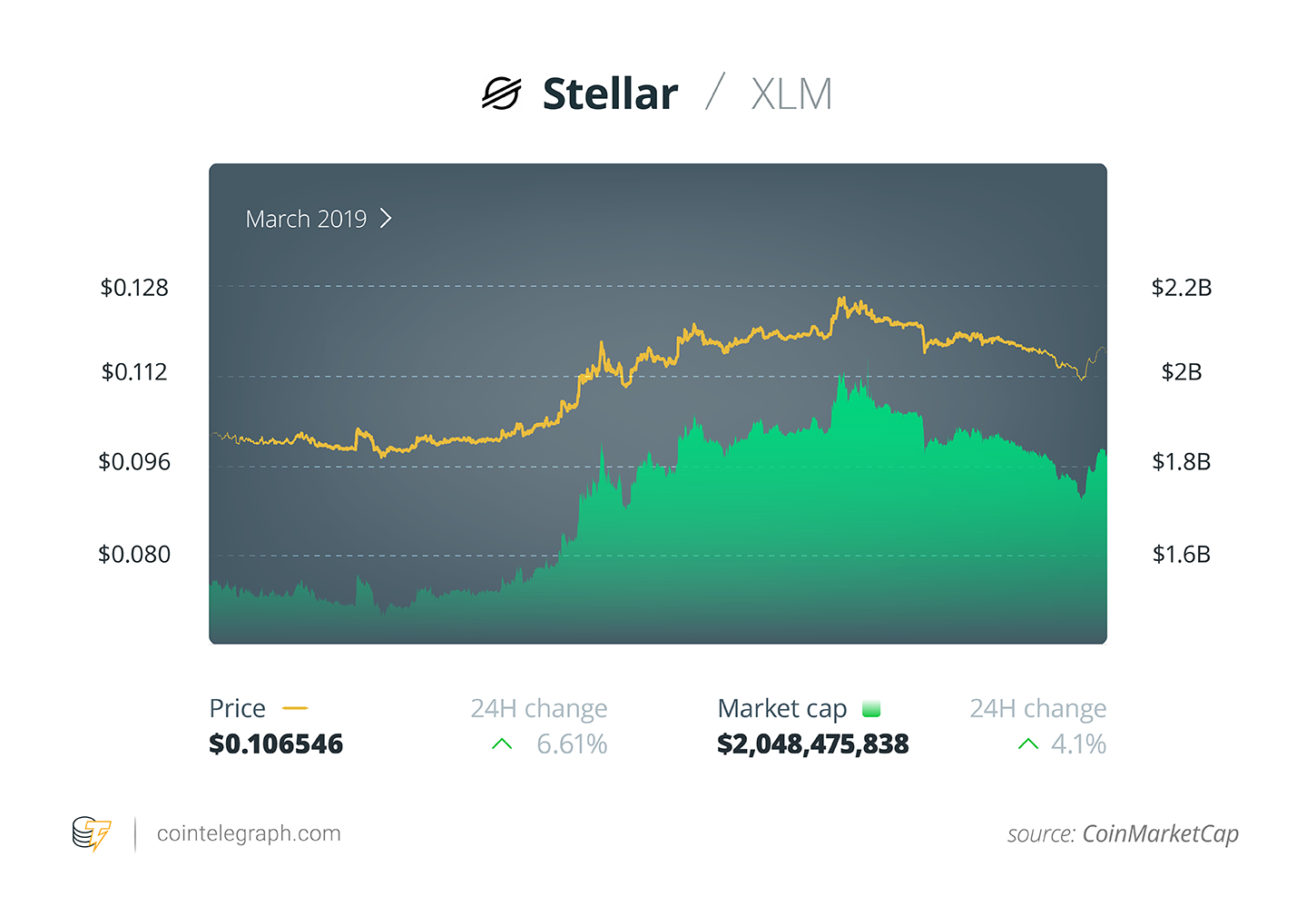 Earlier this month, Coinbase added support for XLM on its main retail investor platform. The cryptocurrency was available to the majority of customers, with the exception of Coinbase users in the United Kingdom or in the U.S. state of New York, at the time of writing. Prior to that, the company’s professional trading platform, Coinbase Pro, announced it was accepting XLM deposits.

As Cointelegraph previously reported, a massive XLM airdrop took place in November, 2018. Back then, cryptocurrency wallet provider Blockchain.com launched full support for the token, alongside giving away $125 million worth of XLM to its user base. The company itself marked the initiative as “the largest airdrop in the history of crypto and likely the largest consumer giveaway ever.”