Bitcoin (BTC) acts like a gateway down the altcoin rabbit hole, according to new research from Coinbase. The research found that while 60% of users buy Bitcoin as their first cryptocurrency purchase, only 24% of investors maintain the Bitcoin faith.

The majority of customers buy Bitcoin and then move into altcoins. Source: Coinbase

Investors appear more willing to consider altcoins during bull runs, such as when Bitcoin’s market dominance dropped below 30% on Coinbase during the ICO craze and Ethereum run in 2017. For a brief time, Ethereum was the dominant asset traded on the platform with around 50% of the trading volume. 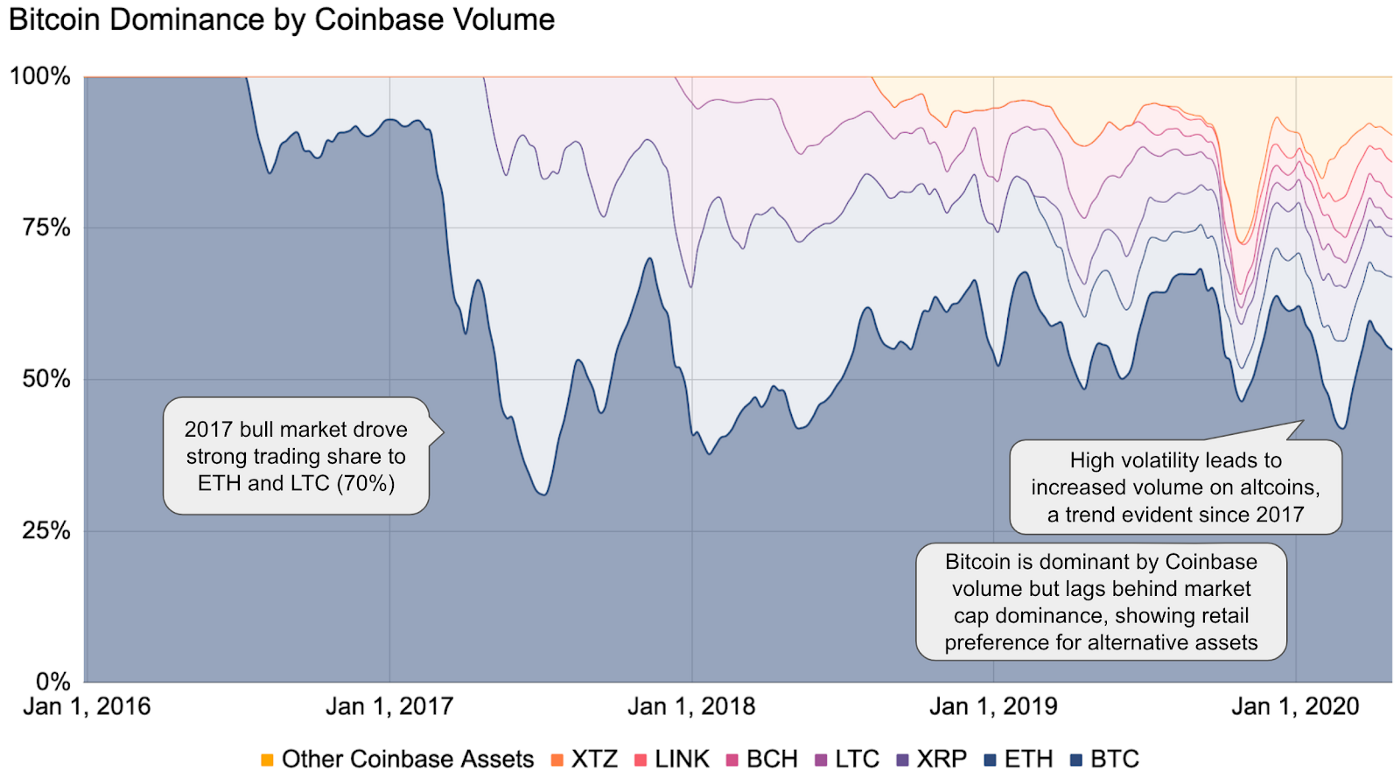 Justin Martin from Coinbase Corporate Development explained in Around The Block the sentiment behind this behaviour:

“This could be for a variety of reasons, but one is largely psychological. As people feel good about their initial crypto investments (into Bitcoin), they branch out to find other possible categorical winners (as evident in the 2017 bull run).”

A drug that keeps on giving

Others have noticed Bitcoin acting as a sort of ‘gateway drug’ to other cryptocurrencies in the past. Bitcoin analyst Nick Colas said in an interview with CNBC that the enthusiasm during the 2017 bull run “has now morphed into a general craze… I think of Bitcoin as kind of a gateway drug”.

In June 2019 on Bloomberg Markets, Messari Inc co-founder and CEO Ryan Selkis suggested Facebook’s Libra could act as a ‘gateway drug’ for crypto investors, potentially leading them to Bitcoin.

During bear markets and times of fear, investors turn to Bitcoin as the ‘blue-chip asset of crypto’. 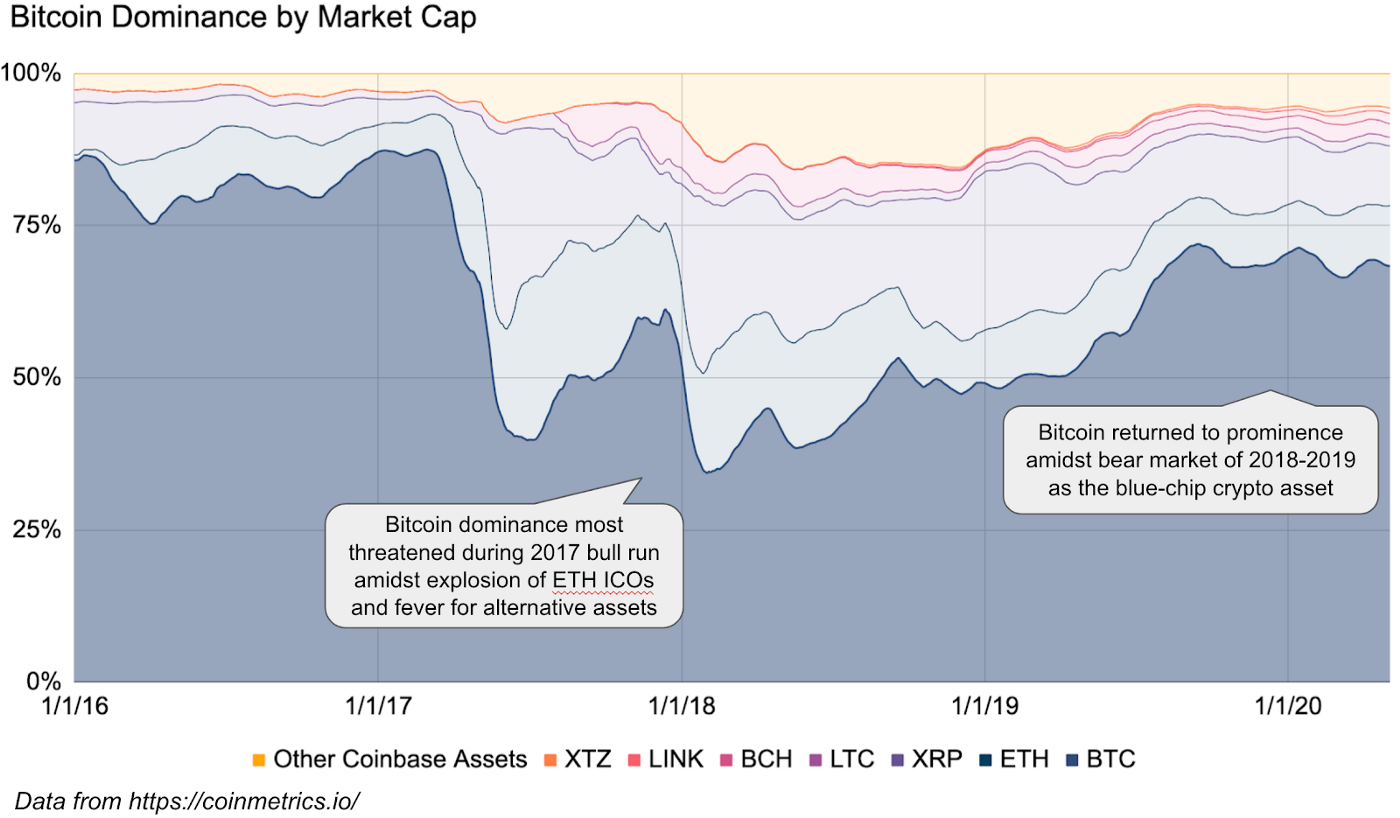 The report suggests Bitcoin is moving towards its vision of becoming the digital gold, as altcoins are prized for their other services:

“To the extent we believe that alternative assets and networks will provide differentiated services (beyond store of value and digital gold as Bitcoin is targeting), it will be important for the industry to build support for these other assets as well.”