The Bitcoin (BTC) price suddenly dropped by roughly $200 in minutes on Sept. 16 as commentators nevertheless revealed broad belief that upward growth is imminent.

Data from Coin360 revealed a rare period of almost level trading for Bitcoin overnight, having spent the weekend trading in a narrow corridor between $10,175 and $10,435. 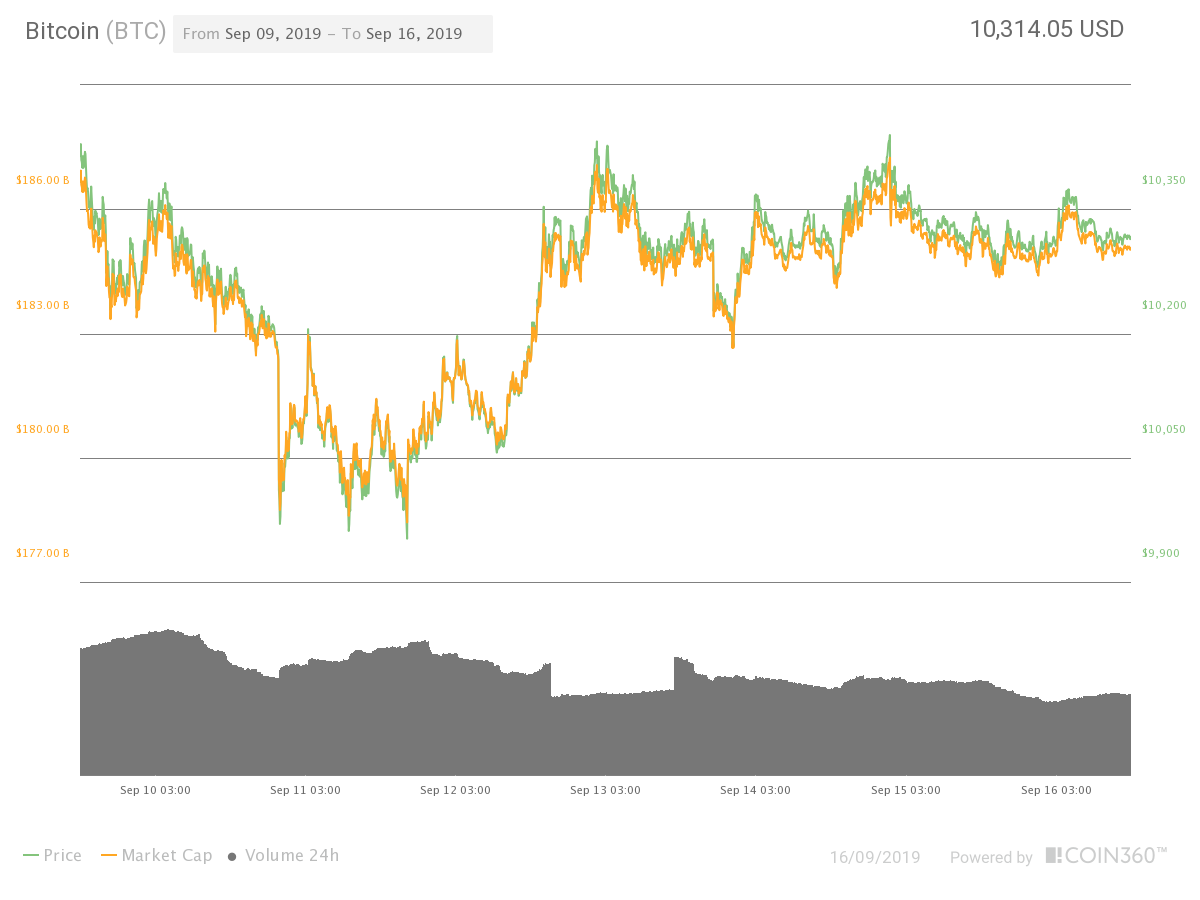 Now, however, analysts believe the status quo is due for another shake-up. As oil prices grew on Monday in the wake of tensions in Saudi Arabia, Skew Markets noted Bitcoin was unusually less volatile than the black gold.

This style of behavior, DTAP Capital founder Dan Tapeiro argued, was unlikely to last much longer.

“Bitcoin chart is very close to upside breakup. Strong close over 10,700 trendline should really accelerate,” he wrote in a Twitter update on Monday.

Cointelegraph contributor Filb Filb likewise saw the potential for rougher conditions, arguing on his Telegram channel that BTC/USD must close above $10,200 to guarantee support for a rebound.

On fiat markets meanwhile, analyst Holger Zschaepitz noted, it was oil-producing nations’ currencies that gained from the Saudi worries, while those of consumer states dropped as oil prices increased and output fell 5%.

Altcoins produced a mixed bag for investors at the start of the week. Against Bitcoin’s flat moves, many of the top 20 cryptocurrencies saw light losses of up to 1.5%.

Bucking the trend was the largest altcoin Ether (ETH), which put in daily gains of 2.4% to hit $194. Having previously languished at $170, Monday’s rate was its strongest since mid-August. 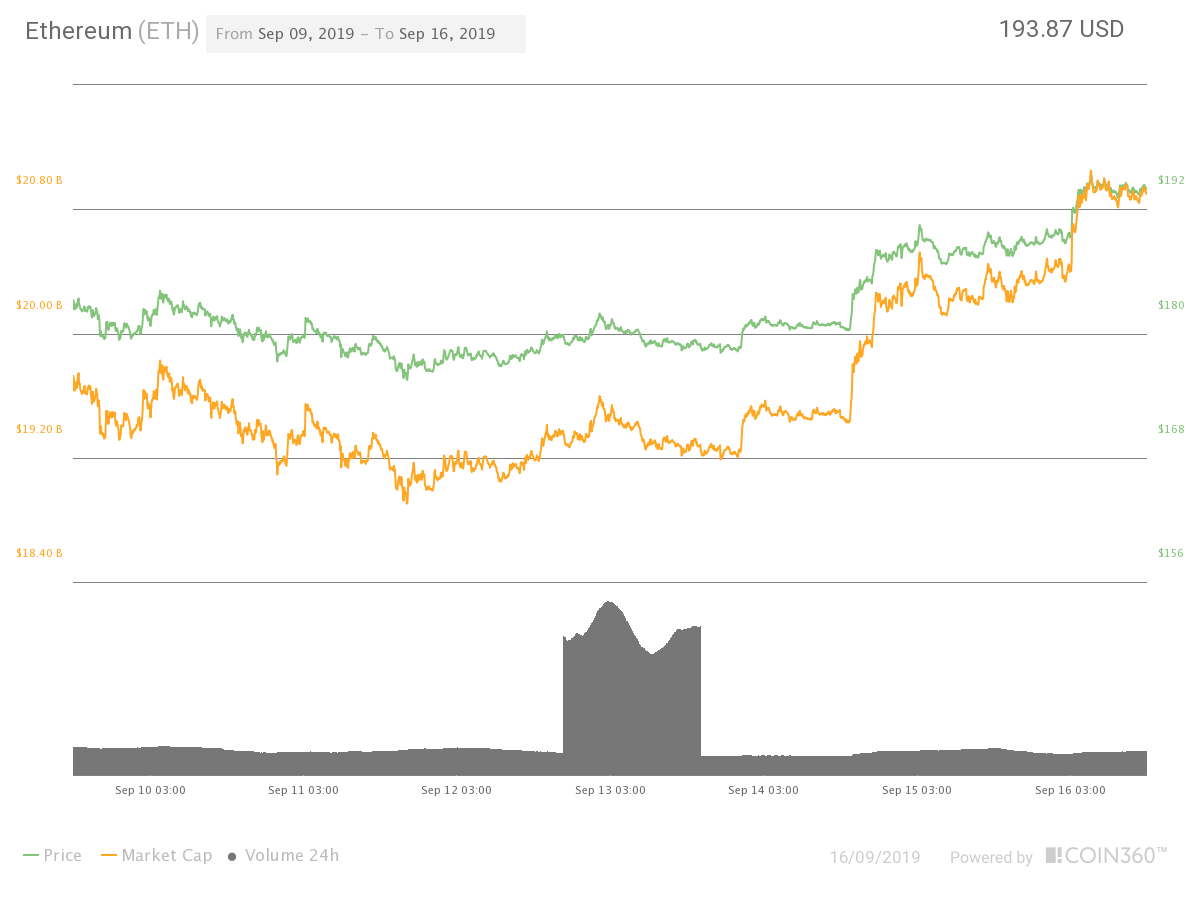 The overall cryptocurrency market cap stood at $267 billion, with Bitcoin making up 69.5% of the total.