Bitcoin (BTC) price began highly bullish Monday after an abrupt turnaround of its previous bear market saw it gain $1,200 this over the weekend.

Data from Coin360 showed the extent of Bitcoin’s change of fortunes, which have so far culminated in a local high of $11,635.

The upward trajectory strongly contrasts with action seen last week, BTC price only finding resistance at $9,000 after a weekend of sharp price drops. 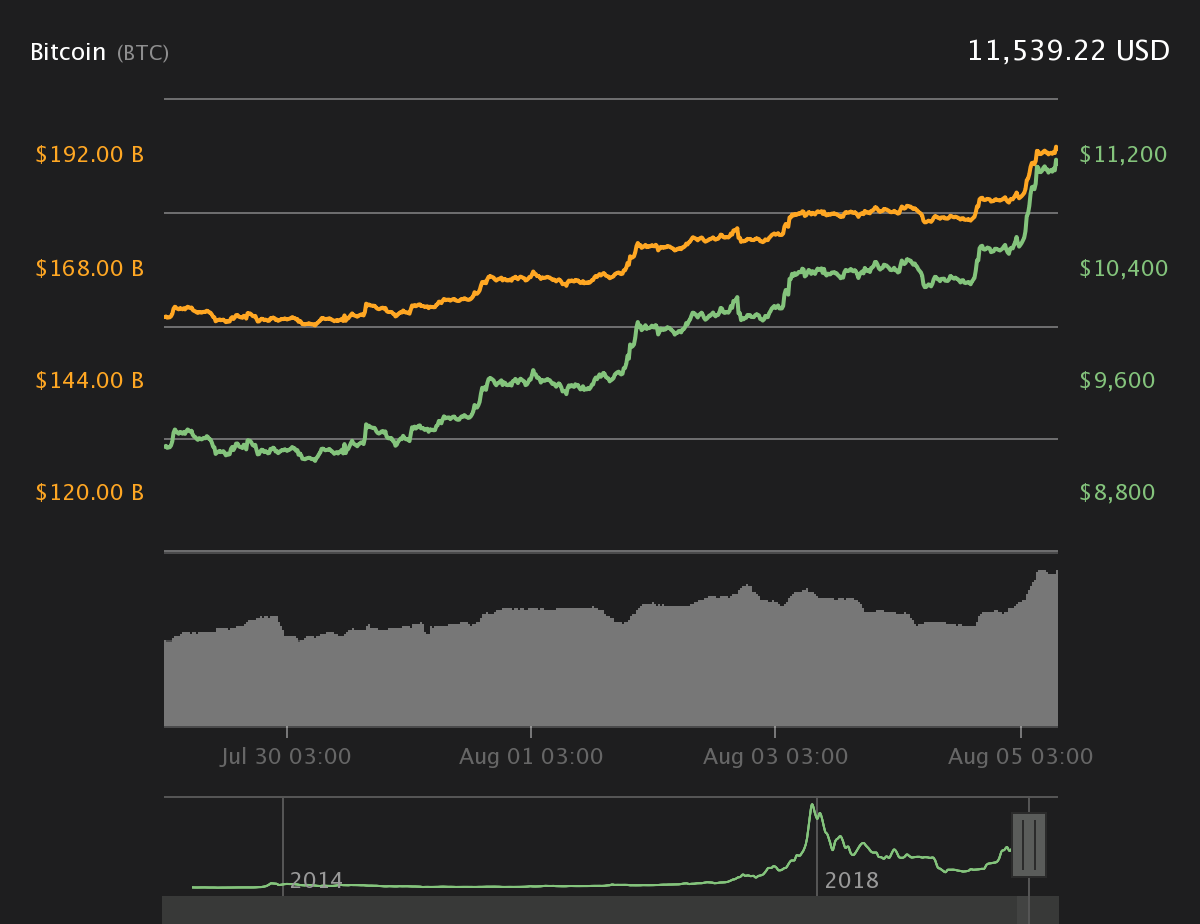 “The next overhead resistance on the weekly chart is $11,469,” daily trader Josh Rager commented on Monday about the pairs short-term prospects, adding: “Very bullish if price breaks and closes above this level over the next week.”

Others were even more optimistic, with Max Keiser entertaining the concept of BTC/USD climbing as high as $15,000 before the end of this week.

“Confidence in central governments, central banks, and centralized, fiat money is at a multi-decade low,” he tweeted Saturday, as tensions in Hong Kong boiled over and the Chinese yuan began sinking.

Fears the United States had again heightened the ongoing trade war with Beijing piled extra pressure on China’s currency, which at press time traded at a low not seen in around a decade.

That specific political turmoil, many argued, appeared to be the catalyst spurring on both Bitcoin and gold. As Cointelegraph reported, political events have impacted Bitcoin markets noticeably this year, with issues such as regulatory scrutiny in the U.S. weighing on sentiment in July.

Altcoins meanwhile were slowly starting to feel the benefits of Bitcoin’s price rise, albeit broadly failing to capitalize on market sentiment.

That figure still represents a breakout from a trading corridor between $200 and $223 in which ETH/USD traded for more than a week. 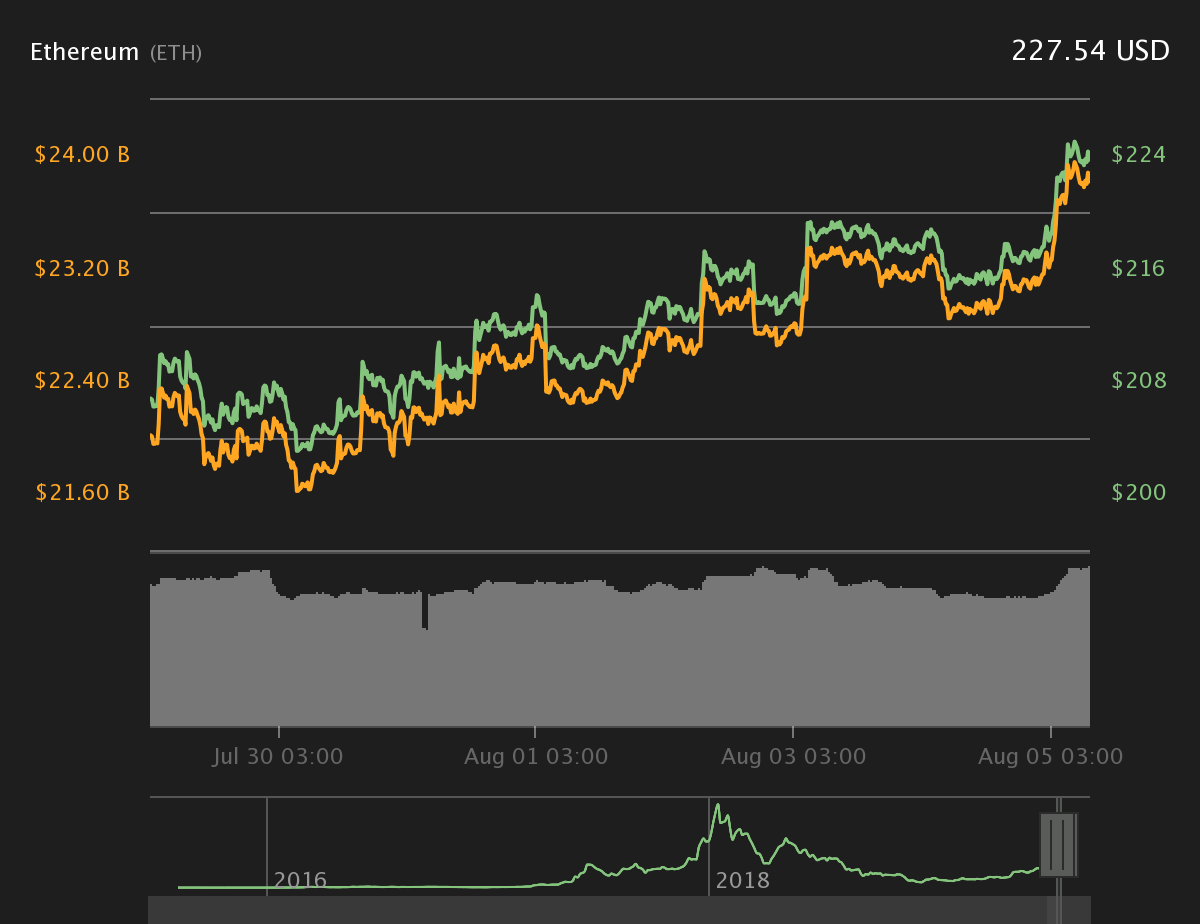 Other alt assets shifted upwards even less — closer to 3% — while sideways action characterized tokens including Bitcoin Cash (BCH) and XRP.

The total cryptocurrency market cap regained the $300 billion mark thanks to Bitcoin, which now makes up 67.7% of the total at $207 billion.