Thursday, April 18 — Most of the top 20 cryptocurrencies are reporting gains on the day by press time, as bitcoin (BTC) hovers over the $5,300 mark. 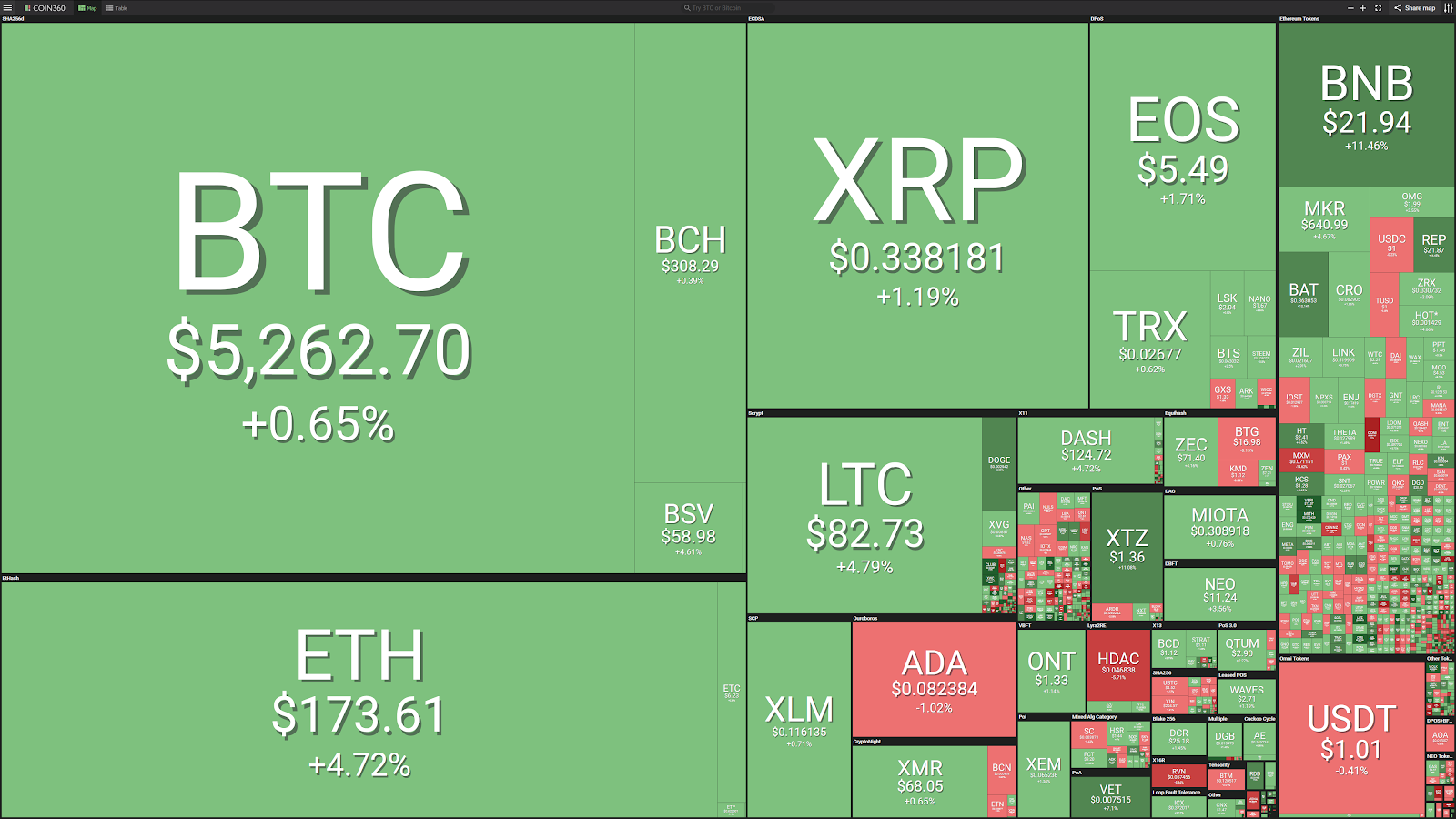 Ethereum (ETH) is holding onto its position as the largest altcoin by market cap, which is nearly $18.5 billion. The second-largest altcoin, Ripple (XRP), has a market cap of $14.1 billion at press time.

CoinMarketCap data shows that ETH is up 5% over the last 24 hours. At press time, ETH is trading around $174. On the week, the coin has also seen its value increase by 6%.

Ripple’s fundraising arm Xpring yesterday announced that it has joined several companies to invest in Bolt Labs, a startup aiming to deliver “instant, cheap and private payments” by adding a layer of anonymity to existing networks.

The total market capitalization of all cryptocurrencies is $180.5 billion, up 1.9 percent over the 24-hour period at press time. 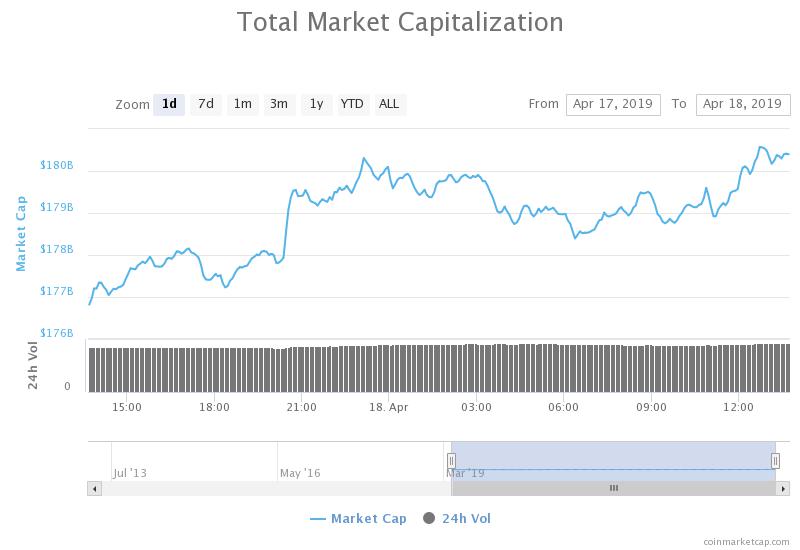 The United States Securities and Exchange Commission (SEC) announced that it and the Financial Industry Regulatory Authority (FINRA), will discuss cryptocurrency at a broker-dealer meeting on June 27.

In traditional markets, the United States stock market is seeing little movement so far today, with the S&P 500 up 0.21% and the Nasdaq up 0.02% at press time. The CBOE Volatility Index (VIX), on the other hand, has lost a solid 3.17% on the day at press time.

Major oil futures and indexes are showing mixed movements today, with WTI Crude up 0.34%, Brent Crude up 0.50% and Mars US down 0.43% at press time. OPEC Basket is also up one percent and the Canadian Crude Index is up 0.75% at press time, according to OilPrices.