Only a limited number of healthcare firms in Europe are aware of the benefits of blockchain applications, according to a survey by American market research firm International Data Corporation (IDC) released on June 6.

As much as 44% of European healthcare organizations had never heard of distributed ledger technology (DLT), while only 12% of those are related to the tech in some sense, blockchain media outlet Ledger Insights reports, citing the IDC’ research titled “IDC Survey Spotlight.”

Only 1% out of those 12% have a certain blockchain initiative in production, while 1% have multiple DLT projects, the report notes. 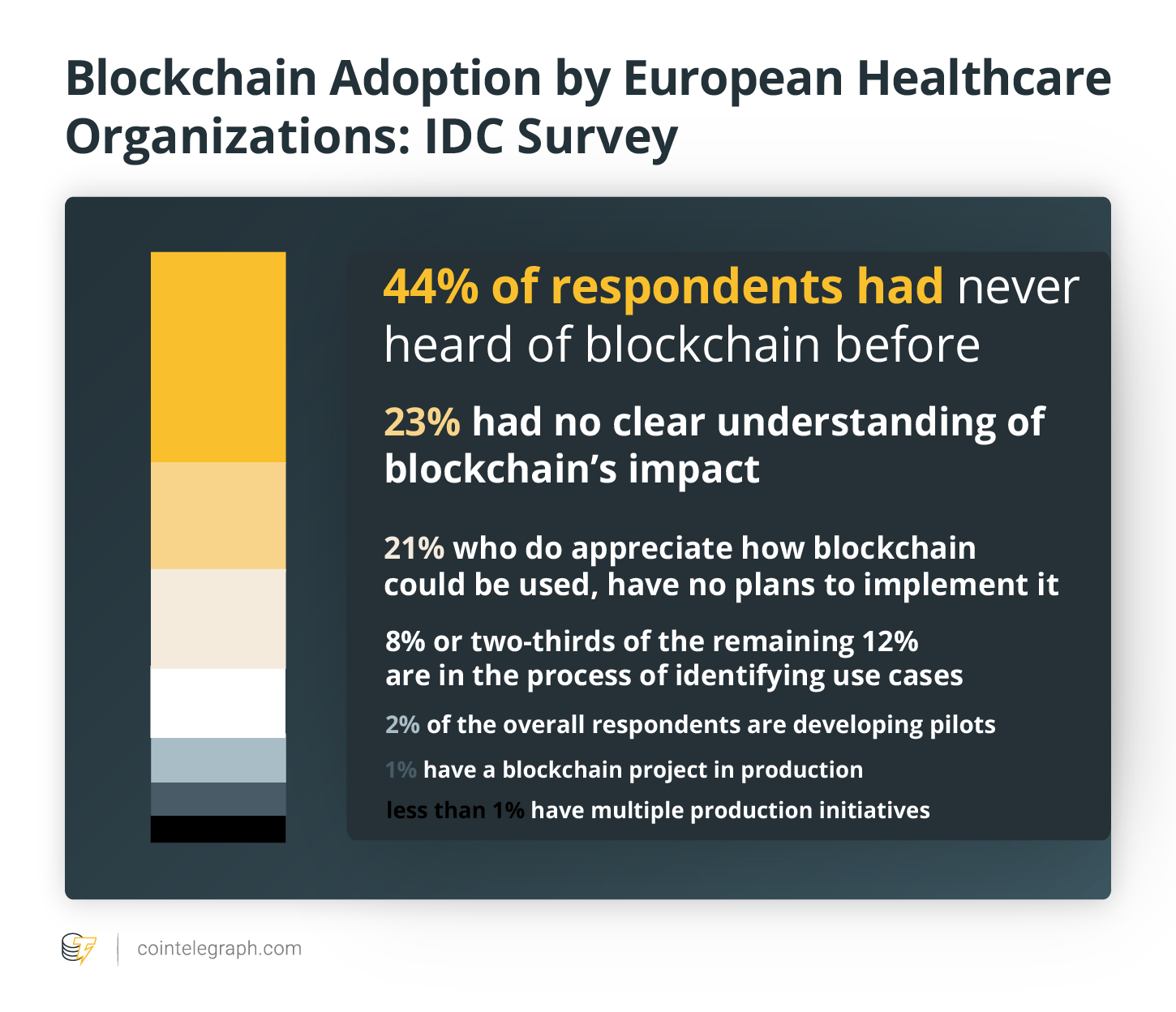 The research is based on a survey of 290 healthcare firms in Europe, and contains data from IDC’s European Vertical Market Survey in 2018 and 2019, IDC writes.

Based on the research, there are three major use cases for blockchain technology in the European healthcare industry, including transaction agreements, identity management and shared records management. The identity use case reportedly had the biggest number of production projects at 2%, with a further 6% planning adoption within the next 12 months.

Yesterday, the research firm Data Foundation and IT firm Booz Allen Hamilton released a report examining the feasibility of blockchain implementation by various industries in order to assist the United States federal government in what fields the tech should be used. The report mentioned a number of blockchain-powered projects by various agencies, including the Department of Health and Human Services.